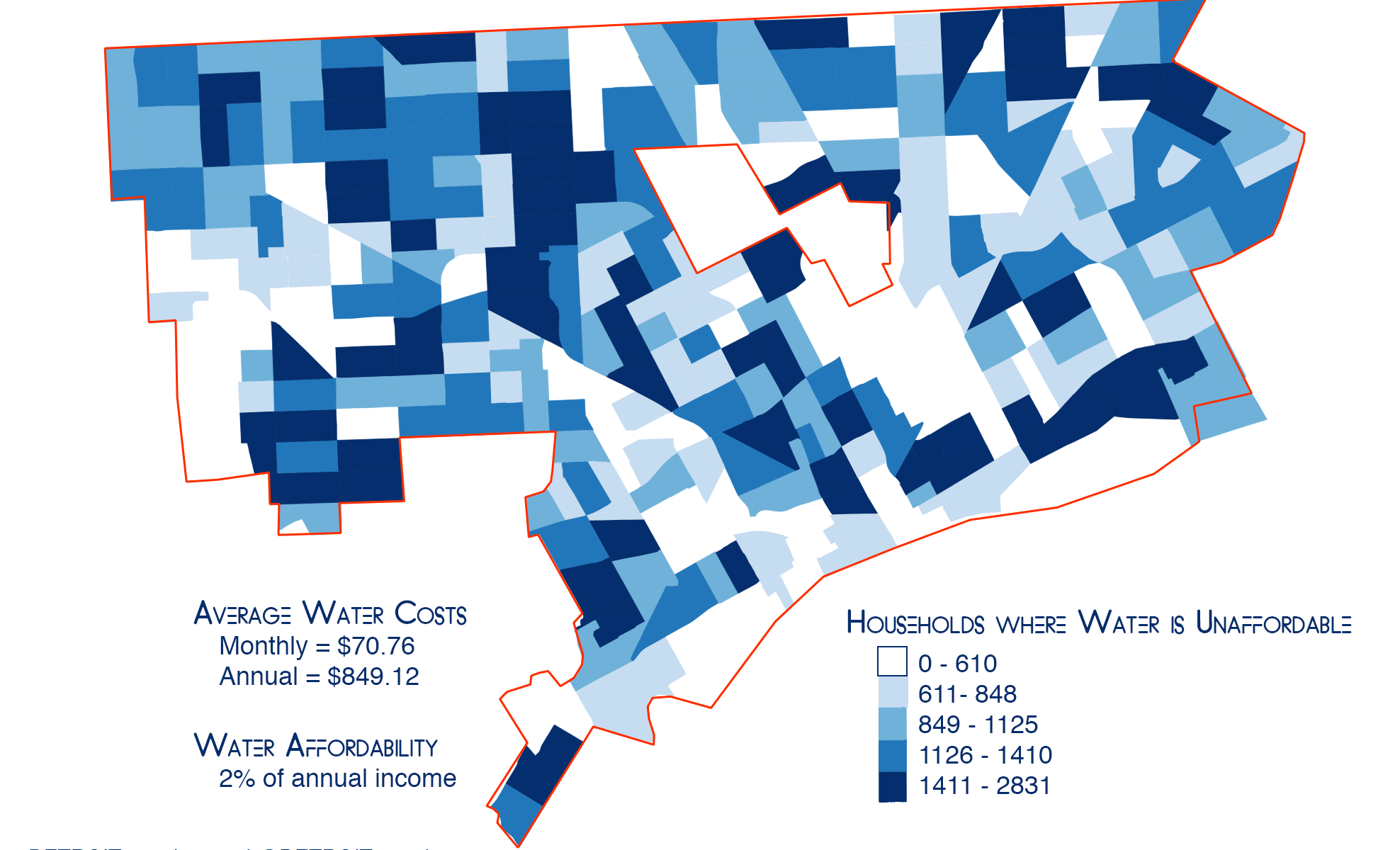 It’s hardly been more than a week since Joe Kane and I published a piece entitled “Striking a better balance between water investment and affordability” on Brookings’ website, and it seems that every day I learn of a new wrinkle in the equitability side of this equation. Our piece, as the title implies, is a broad brush on the clash between the need for water utilities to address infrastructure maintenance and replacement backlogs and the very real financial constraints that many residents face.  Utilities clearly need money to run their systems, but the looming question is “what’s the most equitable way to spread those costs?”

In our piece we touched on the challenges facing Detroit residents, a travesty that was first brought to my attention back around 2008 or so when I heard an activist from Detroit share stories that were hard to imagine from the shelter of my secure checking account.  In her community, families who couldn’t pay their water bills were having their water shut off which meant that they could, and sometimes did, lose custody of their children.  Here we are, nearly ten years later, and sometimes it seems like little has changed.

I happened to be in Detroit last weekend where I had a chance to hear Monica Lewis Patrick of We the People of Detroit speak about water shut-offs. She had quite a lot to say (including some understandable anger that poor people were being targeted while those with the largest delinquent accounts seemed to get a pass), but the point that really stuck with me was the one her mother made: cutting off someone’s water is an act of war. That’s a strong statement, but it goes right to the heart of why people’s worlds start to unravel without access to clean water.

Shutting off water is at the extreme end of the water affordability spectrum. What I hear more about when I look beyond Michigan are concerns about whose being left behind as water rates increase, and whose being stuck with a bill for problems that someone else created. Here’s a quick compendium of a few of the things that have come across my desk in the last few days:

Fortunately, there are some places that seem to be doing it right. Yesterday I listened in on a webinar hosted by WaterSmart Software featuring  George Hawkins, general manager for DC Water, on the matter of water affordability. Washington DC, like most places, has an aggressive revenue plan to pay for their required upgrades. Clearly, however, Hawkins and his team have heart. “Affordability,” he said, “is perhaps the most significant issue facing any water utility.” Rather than leave it to fate, DC Water has a menu of options to help customers reduce their payments. “Our support [for struggling customers] costs us 1-2% of our budget, but we get a huge bang for those bucks.”

Clearly this is an issue that is not going away any time soon. If you have other examples to share, I’d love to know about them.

← It’s Up to Us, and That Means You
Leaving a Water Legacy with Hands-On Work →