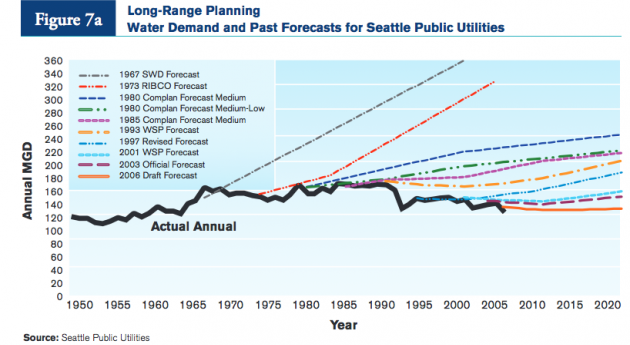 Water is in an odd quandary relative to financial matters.  On the one hand, money is the quickest translator for people and is the way they can most easily understand the cost, rarity and importance of most items in life, and then make decisions relative to their own priorities and financial capabilities. Why, then, is there so little attention to these matters when it comes to water? Maybe it’s because people feel like they have no control over it?  Discussions are relegated to utility commission meetings or public service hearings, arenas that most people don’t know about and wouldn’t understand even if they did try to attend. Maybe it’s because rate structures and bills are (intentionally?) obfuscating?

But we need people to understand: Our water systems are in poor repair, use a lot of energy, and are vulnerable to climate change’s impacts. Upgrading systems to meet the demands of tomorrow requires paying attention to the dollars and tradeoffs. To prepare myself for some upcoming meetings around water rates and financing, including next month’s forum on the “Future of Environmental Finance” at the University of North Carolina, I decided to dive back into the literature.  Here’s a quick rundown on a few pieces that I felt were worth holding on to:

For a long time, water rates in the United States have been low, and water infrastructure has been a safe investment because water was essentially a growth industry. However, in many parts of the country, water demand has been decreasing, a trend highlighted in Shadi Eskaf’s recent post with the University of North Carolina’s Environmental Finance Center. “Utilities that expand their water systems based on old demand projections and then experience a decrease in total demand … will have taken on new debt and capital costs to pay for capacity that may not be used … at the same time when revenues may also be suffering.” This is a polite way of saying that communities that lock themselves into debt for expensive infrastructure investments may find themselves financially strapped in the future.

Financial sustainability is part and parcel of environmental sustainability. I’ll be attending the above-mentioned event at UNC next month, and I hope to come back a lot smarter on these matters. Stay tuned.

← Waste Not, Want Not: A Phosphorus Tale
When Life is Tough, Take a Leap →