“Urining” for a better way to go 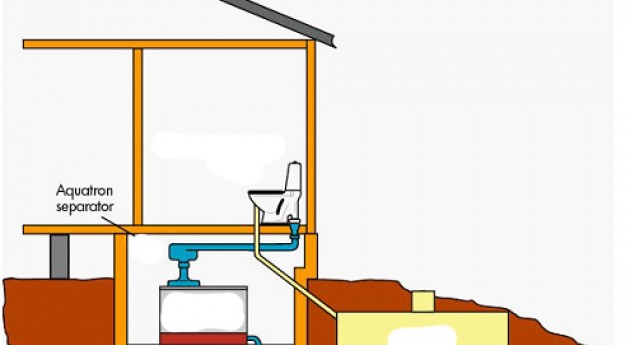 My guess is that you’re probably pretty comfortable with the flush toilet. Having a clean, operational toilet and the privacy that comes with it is something you probably take for granted, right? The flush toilet long ago revolutionized the way we live, and was part of the advances in human health and sanitation that lengthened our lifespan and facilitated urban growth. It solved a number of society’s problems, but as we face growing resource constraints, is it time for us to reconsider how we go?

Among those who answer that question in the affirmative are people who see the value in urine, but this idea goes way back. In his new book Water 4.0 David Sedlak writes: “The operators of the (Roman) urinals were happy to have visitors, because urine was a valuable commodity that could be sold to fabric shops and laundries. The high ammonia content of urine made it very useful for removing oil and dirt from wool.” Curious, I started to follow this thread and found a Wikipedia entry that stated “In Roman times, fulling was conducted by slaves working the cloth while ankle deep in tubs of human urine. Urine was so important to the fulling business that it was taxed. Stale urine, known as wash, was a source of ammonium salts and assisted in cleansing and whitening the cloth.” I have a feeling that I could spend a lot more time studying the history of urine’s commercial use, but that will have to wait.

There’s probably not a high demand for urine in today’s textile business, so why is this relevant today? For some, it’s about nutrient capture. Urine is rich in nitrogen, a nutrient in short supply on most farm fields. Because it’s proportionately low in phosphorus and potassium (NPK ratio of 11:1:2), it’s especially well-suited for leafy vegetables and early stages of plant growth. There have been field trials in Sweden for a decade or more, but more recently there are a few U.S. innovators such as the Rich Earth Institute in Vermont that are giving it a try. Peter Morgan, the 2013 winner of the World Water Prize, has written extensively on the use of urine as a fertilizer, and I recommend this piece to anyone who is seriously interested in learning more about it for either home or commercial use.

But it’s not just sustainable agricultural interests driving the reexamination of our toilets and sanitation system. Cape Cod residents are experimenting with urine diversion for reasons driven largely by cost. Sanitation on the Cape, with its 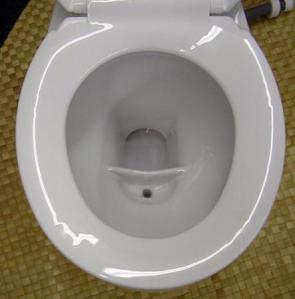 porous sandy soils, is failing its residents. Most homes on Cape Cod are currently served by septic fields, but the ravages of time and continued development have strained their approach to the point where pollutants are eutrophying their freshwater ponds and their coastal beaches. Yucky beaches don’t cut it for tourists or for the U.S. EPA. The pollution problem could be solved with a 1970s conventional central sewer and treatment system, but the prohibitive cost for installing this system in the sprawling development of the Cape is forcing residents to look at alternative solutions. The Cape Cod Eco-Toilet Center, grafted onto roots planted decades ago by the New Alchemy Institute, is serving as a demonstration center for a new kind of toileting. The toilets actually divert urine from the main system. There are a number of benefits: primarily that they use little or no water and energy, can be incorporated into any standard building, and cost less to build and operate than a central sewer. In this case, because most homeowners can’t or won’t make use of their urine on site, the diverted urine goes into a separate holding tank where it will be picked up by a sanitation service a few times a year.

Charles Bott of Hampton Roads Sanitation District, near Norfolk Virginia, tells me that they are taking a look at urine diversion for entirely different reasons. They are concerned about the growing load of personal care products and pharmaceuticals showing up in their sewage stream. These are expensive to remove or destroy, but because the chemicals of concern are primarily in urine (rather than feces), if the urine can be captured and treated separately it greatly reduces the volume of waste that would be subject to the more expensive treatment. Implementing separate urine collection throughout their existing system is entirely impractical under present conditions, but he would like to look at it for buildings with urinals which would be much easier to retrofit. Eventually he’d like to experiment with an installation of urine-diverting toilets in the women’s bathrooms, but he realizes that it takes some getting used to. To try to get people comfortable with the idea he bought one and put it in his office – not his office’s bathroom, but his office – so that people can come check it out.

This isn’t the last blog post you’ll see from me on the changes afoot in how we handle our bodies’ byproducts. In March 2014 The Johnson Foundation at Wingspread will be hosting a meeting on various aspects of decentralized water/sewerage utilities, so these issues are on my mind even more than ever.